PALMS TRAX
Strange to think that it’s four years since Palms Trax released his first 12”, the classic Equation EP. Inaugurating the now influential Lobster Theremin label, Equation was a near-perfect four tracker made of melancholic nostalgia for an era in house that Palms – aka Jay Donaldson – had been too young to experience first-hand. The years following have seen Equation go through five represses – almost unheard of in today’s vinyl market – with the stand out title track a staple in DJ boxes round the globe. Meanwhile Jay decamped to Berlin, hooked up with the Dekmantel camp, and started further exploring his dazed, fuzzy takes on classic American dance music, as happy DJing in Panorama Bar as he is releasing the occasionally hazy house 12”.

WHP called Jay to talk about his upcoming Store Street show as part of a heavyweight Dekmantel line up, and found him sardonic, self-deprecating, and funnier than a DJ should be. Rather than half an hour on plug in details and do-you-prefer-vinyl-or-digital dullness, we got the run-down on chopping off warts with scissors, taking his dad raving and how he lost his entire hard drive. It was too good not to present in full…

Hey Jay, are you good to talk?

I am, I’m just finishing off a coconut magnum. I've found a four pack in the freezer and they’re really good. I get this thing where, when I know that anything I say is going to be recorded, I pretty much get close to fainting. So the coconut magnum is a life saver.

Why do you get close to fainting?

When I’m saying something on record? I don’t know, but it always happens. We’ll finish talking, I’ll hang up the phone and I’ll be unable to recall anything I’ve said for the last half an hour. I don’t do that many interviews. It’s not a problem where I’m spending half my life feeling like I’m going to faint…

Has the feeling of worry ever been justified?

Well there was a time I did a Breaking Through piece for RA – I’d read a lot of them, and most of the people tend to spend the time talking about how they arrived at their sound or something. Instead I talked about how I’d chopped this wart off my knee when I was 7 years old. I was like, (laughs) why did I talk about all these embarrassing details? Most people talk about going to Plastic People when they were 17. 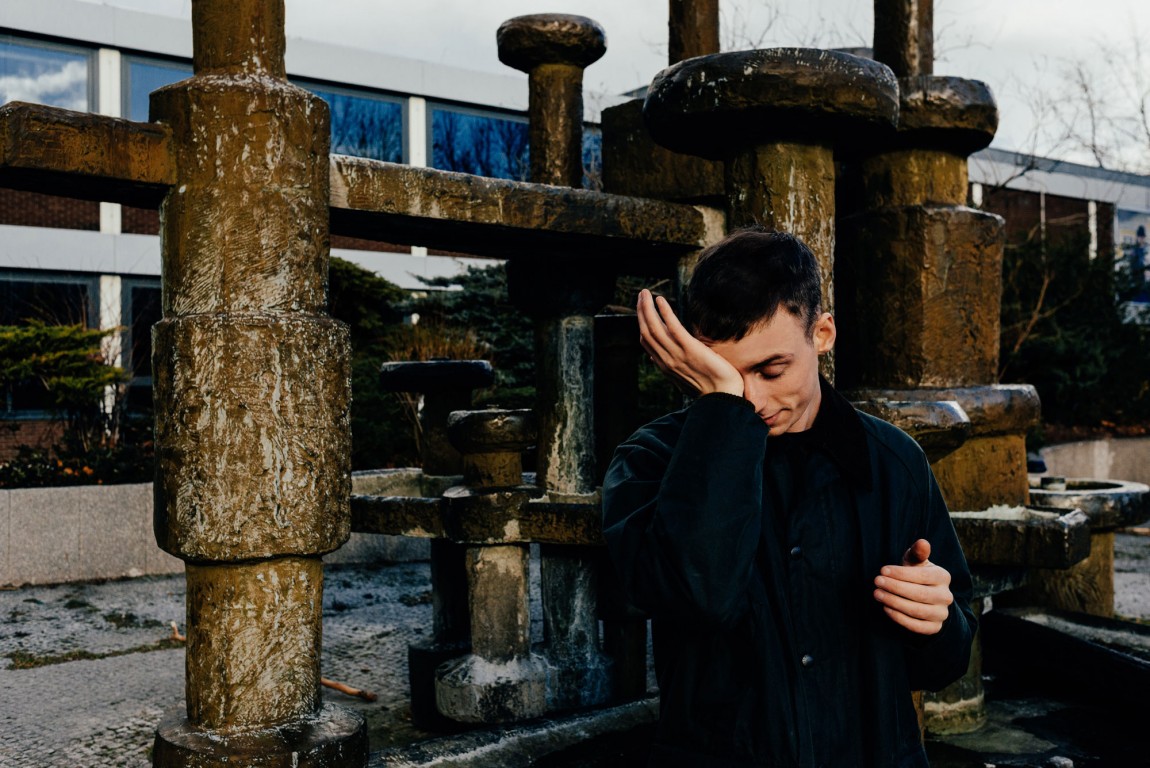 And you were talking about the knee wart...

I included it as one of five life moments. Obviously it left an impression. This piece was three years ago though, obviously I’ve had some things happen since then that have knocked it down into the top 10.

What could have knocked it down? For me the knee chopping sounds pretty big

Well it was pretty weird. It was with scissors as well. Just normal size scissors. If it was industrial sized scissors it would have been easier. I was very determined as a child.

Yeah, my mum was pushing it. I nearly chopped off my finger. I’ve no idea why I did it.

You’re poor mother! I mean it’s harrowing enough running over a frog with a lawn mower.

Wait - have you ever run over a frog with a lawn mower?

Palms Trax is a gerbil killer. I’ll be the next biggest twitter outrage. “We’ve had to pull Palms Trax from WHP because of a backlash from the Gerbil community.”

So to clarify, it was your dad who was the gerbil killing monster.

It was my dad. He also sat on a hamster. I don’t know what he’s got against rodents. He’s a rodent hater. One was the next door neighbours pet. 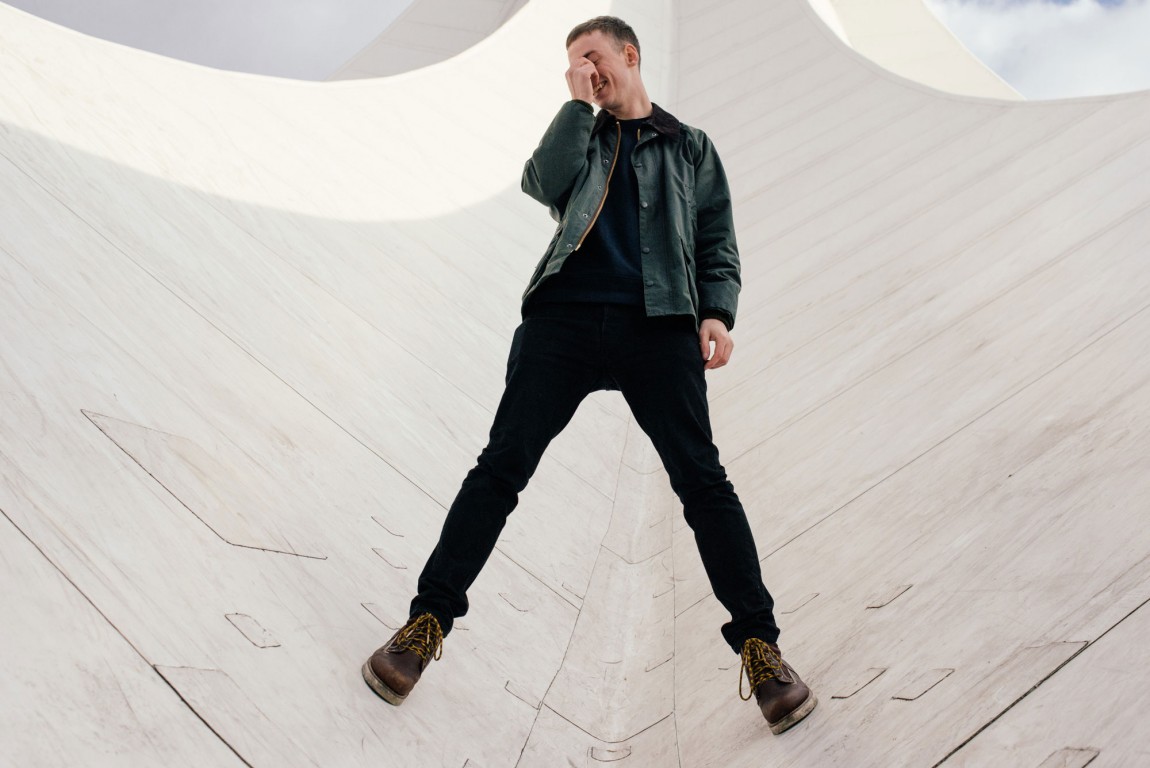 Talking of your dad, has he ever come to any of your gigs?

Yeah. I took him to Panorama Bar.

In at the deep end!

He’s actually got incredibly good taste in music. It’s kind of worrying; he’ll be sending me records that are really good.

Hang on, have you ever played out a tune your dad’s sent you?

I’ve got loads! My radio show is full of them. He’d also give me feedback on my own tunes – early on, he’d tell me that my kick drums needed to be harder, and that my tunes weren’t nasty enough..! But now we’ve aligned, we’re on this Dad-disco melodic tip. But I did think that after spending so long annoying my mum at the kitchen table it was time for him to come and listen to it in the environment it’s meant to be played, so I brought him over to Panorama Bar – I was doing the warm up from midnight to 4am. It’s just opened then and not as busy, so it’s really nice to sit at the bar and just have a drink. So he sat down and said, ‘alright, I’m probably not going to be here when you’ve finished playing, I’ll just show myself out and get a taxi, I won’t distract you.' So when I finished at 4 I was like, OK, I’ll go find my friends – I found my dad surrounded by people and he’d gone through the entire drinks card. We ended up sat in Berghain 'til 7 in the morning listening to Vatican Shadow do a live set, drinking gin and tonics and having tequila shots. When 7 came I was like, we have to leave! Dad you’re gonna have to go to bed…! So I dragged him out and took him to his hotel, and said, you’ve got to try and sleep. When I came back, he told me he’d been too excited to sleep so he’d just walked around the Berlin Wall for two hours. He’d had the best time of his life.

I can’t stay in Panorama Bar that late anymore! I get so worried that I need to get home and write emails or something. I think I need someone to take care of me.

In terms of taking care of yourself, I remember reading an earlier interview where you said you couldn’t afford bed linen, let alone a 909. Can you afford bed linen now?

I actually stole some bed linen from my parents house. I don’t know how I did it but I managed to fit some bed linen and a duvet into a carry-on bag, because then I wouldn’t have to pay to check in luggage. Now that I’m sat on the duvet I’ve no idea how I managed that. But I’ll do anything not to have to wait for my luggage when I’m flying. Although I have got pretty good at killing time in airports.

How do you kill time? Are you a daydreamer or are you looking on your phone?

I’m a bit of a daydreamer – yesterday I was in such a daze that I went to get a bottle of water from a shop, I got it and just walked out of the shop, turned left and went home with it. There was a really angry man running after me…

Ha! That sounds like an amazing shoplifting technique. So have you ever left any DJ kit behind anywhere?

I’m generally pretty good. The most annoying thing I’ve done was leave a laptop behind in airport security. It had loads of unfinished tracks on it, 6 years of samples that I’d collected, and all the synth patches I’d made – obviously I hadn’t backed it up, if I’m not gonna pay for check in I’m not gonna pay for a hard drive – although I do now have multiple back-ups… Having lost all of those samples, I’ve just been spending all my time getting new ones and re-installing synths, so if I lost a laptop now it wouldn’t be as bad.

Did losing all that work signal a change in the music you were making?

Oh yeah. Definitely. My next record will be quite different.

So did you only just lose the laptop?

No, but I’m really slow (laughs). Maybe the last record sought of overlapped. I switched to making music on a computer rather than a laptop, and I bought speakers – I decided to make music properly rather than sitting on my laptop wherever I could find. Also my laptop wasn’t really powerful enough to do it properly. I went through two years where the project file would freeze every time I’d play it. I’d have to export the song into iTunes, listen to it in iTunes, make notes, then go back into Logic, do everything that I’d written down, then export it and listen again. It was a bit of a soul destroying process. 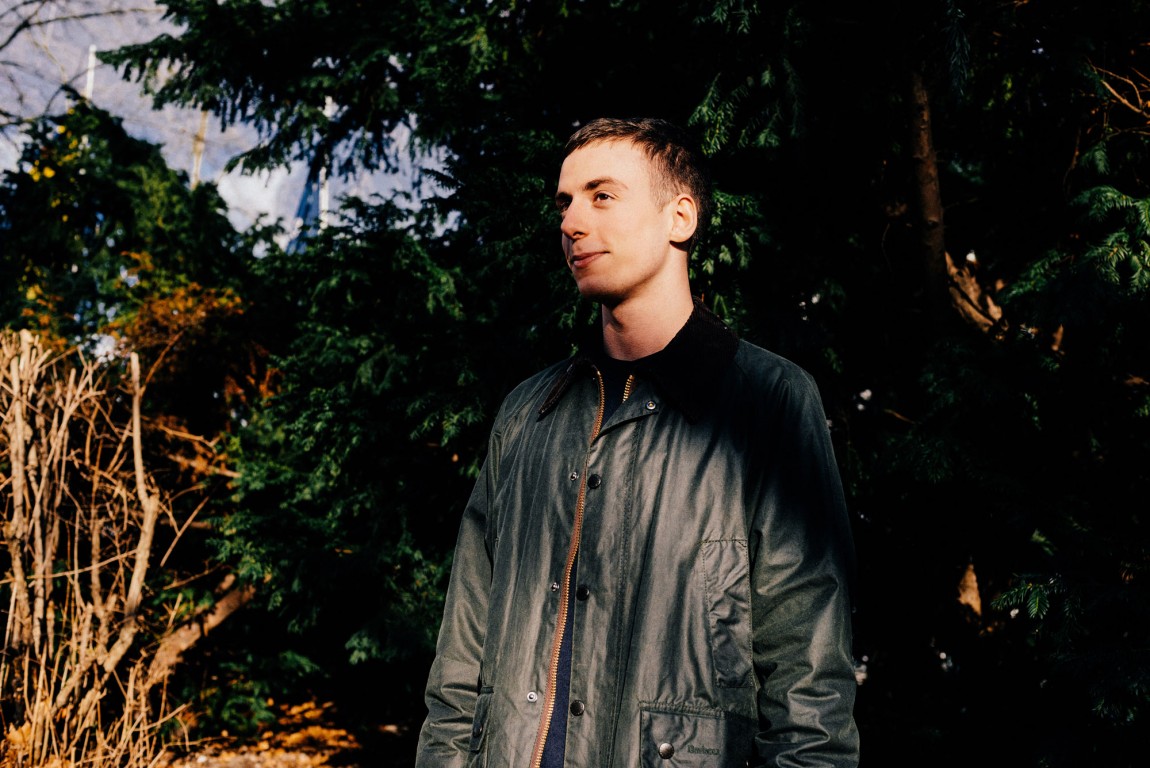 Amazing - it’s like you’d recreated all the headaches of analogue technology.

I guess retro music is in, right? I was just going the whole hog. So I bought a computer which was really nice. It’s different. I make stuff a lot more simply. My old drums were all layered, and would have all this background noise – all the samples which I’ve lost now –and the percussion would be 8 or 9 hi hats. Now I just use one drum machine and focus more on my melodies.

Do you ever road test your music by playing it in clubs as you’re working on it?

The only time I'll play a song I've made is about three years after I've made it, when I can finally let go of all the things I hate about it. If I play a song I’ll get so hung up on all the elements that I think are wrong, I’ll only be able to hear those and just won’t enjoy it. After a couple of years I can finally see what I was trying to do at the time. There is a nice shambolic quality to it that I like though.

So if you hate listening to the tracks in your own sets, how do you know something is ready to be released?

I usually just go with how annoyed the record label waiting for me are. No, seriously, I don’t know, you never know! The most important thing for me, more than the mixdown and how club ready it seems, is the arrangement. Does the song flow naturally? Does one part of this song morph nicely into the other? Those are the things I want to get right. But I also think a lot of my music is just dance music for Youtube (laughs). It’s quite melodic so people can listen to it at home, it’s not necessarily just a club tool. If I enjoy listening to something in my headphones riding the night bus, then that’s good enough for me. But you should still all go and buy the records!

Is there a release date for this new post-laptop record then?

I’m trying to finish it this week, so hopefully there’s one out on Dekmantel around October. We’ll see how it goes. I’ve got three coconut magnums left in the freezer so I should be OK.