WHP
WHP21 - Meet the Residents.
Ahead of the return to the Depot, we can share the full list of our residents for WHP21.


Alisha - Born in Peterborough, UK. Alisha has made a name for herself as a house producer & DJ. This year Alisha makes her Debut at The Depot. Listen to her latest single https://open.spotify.com/album/7vdmo0uktsMOQbJNgTUs3q?si=ZDyMM0a9QhqPS8j1pCSpaw&dl_branch=1


Bklava - A British-Lebanese garage sensation. One of the founders of Spin Suga , a female/non-binary promotional platform. Listen to their track “Only For Tonight” here: https://soundcloud.com/bklavadj/only-for-tonight


Effy - British DJ & Producer. Effy presents a monthy show on Rinse FM, and has been backed by BBC Radio 1 and several other DJ’s. Their latest release is available here: https://soundcloud.com/its_effy/raging-1


Gina Breeze - Manchester based DJ & Producer. Gina has been a proud homelectric resident and now playing all over including acrosss the UK and NYC, Berlin and Paris. Their latest EP “Feels” is free to listen to here: https://open.spotify.com/album/2H0LhSXGtKkSIP9Zud8B7M


India Jordan - DJ & Producer from Doncaster, Yorkshire. Their new EP ‘Watch Out!’ released in May 2021 was praised by critics world-wide. Listen here: https://soundcloud.com/ninja-tune/sets/india-jordan-and-groove


Jaguar - UK based DJ & Presenter of the BBC Introducing Dance Show. has played an integral part in launching the careers of other WHP residents like India Jordan and Effy. Listen to previous shows via the BBC Sounds website: https://www.bbc.co.uk/sounds/brand/m000h0zx


Joe Motion - Manchester based DJ & Producer. Known for his breadth and adaptable sets, Joe Motion appears across WHP21 with a variety of different genres. Listen to his last WHP Mix: https://soundcloud.com/thewarehouseproject/whp-mix-022-joe-motion


North Base - Key players in the global underground scene for over 25 years under different aliases. Listen to their latest mix here: https://soundcloud.com/north-base/north-base-x-trei-x-dima-pulsar-feat-dynamite-mc-raw 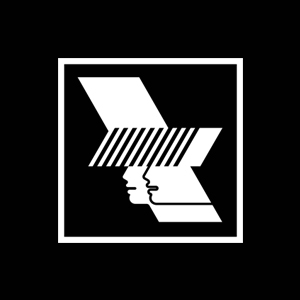 Ahead of their debut in the Depot, The Chemical Broth...
Read More