MELLA DEE
“I don’t want to be thought of as a rave act – I’m not a rave act; I make techno.” Mella Dee is setting the record straight. Having found underground kudos with breaks heavy anthems released via iconic labels including Shy FX’s Digital Soundboy and Redlight’s Lobster Boy , the Doncaster born, London based producer Mella Dee has found the media lumping him in with some sort of rave revival movement – and he’s not having it for a moment.

“I’ve got a hardcore influence, but I’m trying to push it forward, trying to do something new and different. My older stuff was more of an emulation of classic sounds, but that’s what I’ve become very wary of doing now; it’s more that I’m using certain sounds, thinking of where they’re coming from and using them in new ways, to evolve.”

In fairness, there’s no denying Mella’s link to rave history; he’s a self-confessed old skool hardcore obsessive, and his music is shot through with the dark synths, frantic drum patterns and euphoric break downs that defined the UK sound of the 90s. At times, such as on the Digital Soundboy released track GT Turbo, that link has been hard to ignore, with Mella wearing his influences proudly on his sleeve, re-coding the loose breaks and gleeful aggression of hardcore to fit in a new century’s set, the previously hectic tempos slowed to a house pace. Now he’s moving on from such focussed homage, aware that being nostalgic for a genre that was all about looking to the future is something of an oxymoron. Still, he isn’t claiming to have reinvented the wheel, and when he speaks, he takes pains to acknowledge that true novelty is rarely possible – especially with the dance scene having existed for nearly three decades.

“I think it’s probably harder now in terms of progression and pushing things forward,” he notes “in the last 25 years a lot of sounds have been done, it’s not like some new wave forms have appeared – you’ve really got to take what there is and push it forward, but it needs to work. I can’t get rid of my influences – my music is about putting all my influences in and trying to create something different and fresh.”

Having made a splash with his previous, more jungle inspired releases, Mella is now finding a more comfortable place in techno. “I had a weird one with Digital Soundboy,” he remembers “– obviously I rate the label, but my tunes; that was just where they fit at the time. I was also making techno, and even though I was using breaks, to my mind the tunes I was making were techno, and I was playing techno sets, so I kinda became a weird fit on that label. It’s always been slightly frustrating trying to work out where I should go and where I belong, but now I have a much clearer vision of where I am trying to get to and I’m starting to feel more at home in the house and techno scene –.”

He’s worked out an obvious solution to this sense of displacement; releasing his own music. The tracks have been mastered, and the pressings sent off – and although as yet he’s not settled on a name (“we’ve still got a few options”) the Mella Dee label will be hitting stores by the end of the year.

“Now, I feel confident that if something’s good enough to put out I can put it out myself.” He explains “The thing with the label, it’s not necessarily about making money, it’s the ability to put out music on my own terms, that I know will get a good reaction – I’m very aware that making money from a record is near impossible.”

Part of the appeal of having his own label has been the freedom to pursue his love of four/four rhythm. There’s something slightly defiant in this switch – as breakbeat sounds have become flavour of the month, Mella is moving on, determined to lead rather than follow, driven by what he wants to make rather than what he should make to sell records.

“I’m just making four/ four for the clubs. The breaks thing, I’ve done my bit on that, and now there’s quite a lot of people making them tracks. There’s only so many places I can go with it, I still like breaks but I want to be able to use them in an interesting way. And it’s not as much fun for me to play in the clubs, I like playing four/four heavy stuff. It’s nice to have a moment of breakbeat but I don’t want to have sets that are only made up of it, so I want to make stuff I enjoy playing.” 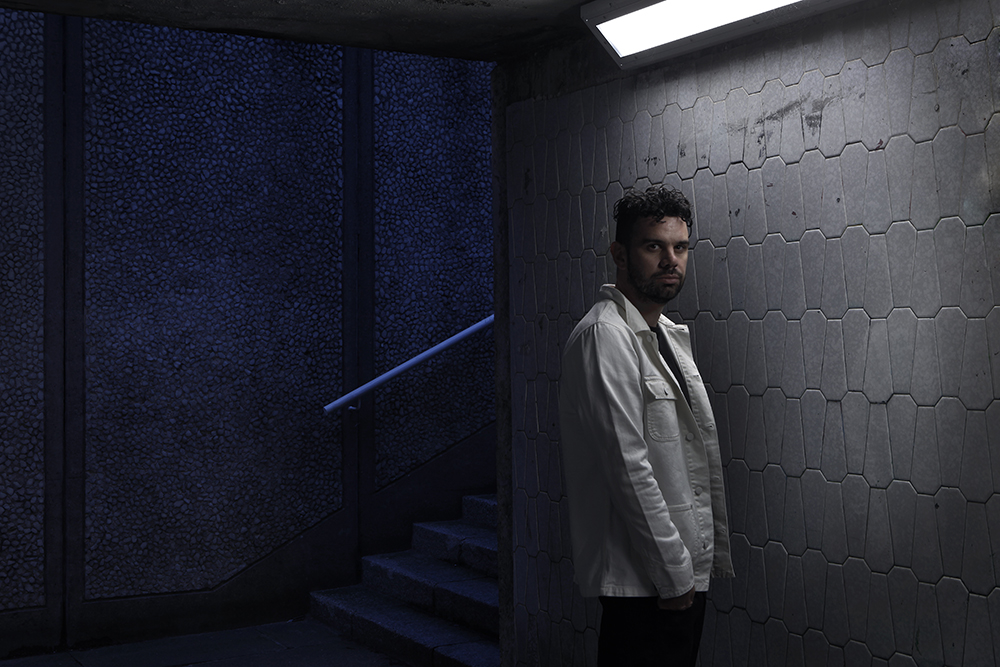 “I’m very critical of my own music,” he points out. “I’m not always the biggest fan of it, especially in the studio. By the time I’ve finished a track I will have heard it so many times I’m sick of it – but I know if it’s working when I play it in the club and see how it’s sounding there and the reaction it gets. At the moment I’ve got a new track that’s getting a great reaction, people seem to really like it, and they’re asking about it, but I’ll still probably end up going back into the studio and messing around with it. I can gauge a good reaction to tell me whether a track’s ready to go or not, but probably every one of my tracks, looking back on them I can hear something in there that I’d change if I went back to them now. It’s just the way I am – I think a lot of DJs and producers feel that way, you lose your ability to have perspective on your own music, and then when you come back to a track you’ve learnt new techniques, so you’re like, ‘ah I could have done that better.’”

“I’ve got a hardcore influence, but I’m trying to push it forward, trying to do something new and different."


He’s more happy talking about other artists music, enthusing about DJing the tracks made by “Trevino, Alan Fitzpatrick, George Fitzgerald, Kamera” – anything that works against what he describes as ‘beige’ house music – in short, anything that introduces some darkness to the party. Talk of current DJs leads us to the recent controversy of Hannah Wants momentarily releasing a tune that sounded remarkably like Boddika’s Mercy VIP. As a long term dance fan, Mella Dee is more than aware that on one hand, borrowing tunes is nothing new, and on the other, the grief that comes with borrowing tunes is also nothing new. He’s chooses his words diplomatically. “People have sampled other peoples’ tunes forever, but, more time you’re better not releasing it on a label as a new tune - it’s probably not gonna end well if you put it out… But of that whole situation, the worst part that happened was the hatred and the nastiness that came out of people on social media. Hannah has a massive profile so it brings her to the forefront, and her being female, along with the size of her profile, was just a boiling pot for shit to be thrown at her. It’s crazy.”

As for Mella, he avoids online beef, refusing to read the comments on his videos (“that’s often where people try and call you out”), and trying to keep his twitter presence as “honest as I can be, so no one can claim I’m any different if they meet me”. You get the impression that he’s more than happy to keep his interaction with fans in the place it works best – on the dance floor.

“It doesn’t matter where it is in the world,” he concludes, “if the soundsystem’s good and everyone’s up for it, that’s me happy.”

Listen to his WHP16 mix on  soundcloud.com